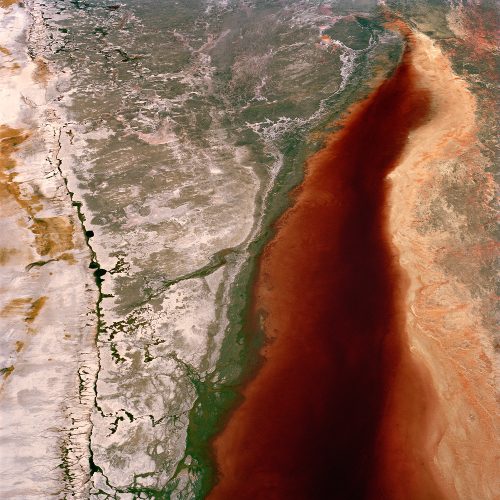 “David Maisel is often described as a landscape photographer, although that term hardly begins to describe the breadth and ambition of his project. He is a prolific aerial photographer who has hovered and buzzed over some of the most contentious territories in the American West and in doing so has been instrumental in redefining the terms of landscape imagery. Many of his pictures convey a terrible beauty — to savor their grandeur we must also imbibe a hint of poison. And when not in the air, he has created haunting and ghostly imagery from X-rays and tins of the cremated remains of psychiatric patients. Born in New York in 1961 and now a long-time resident of Northern California, Maisel’s work has been exhibited and collected by many major museums in the world.”