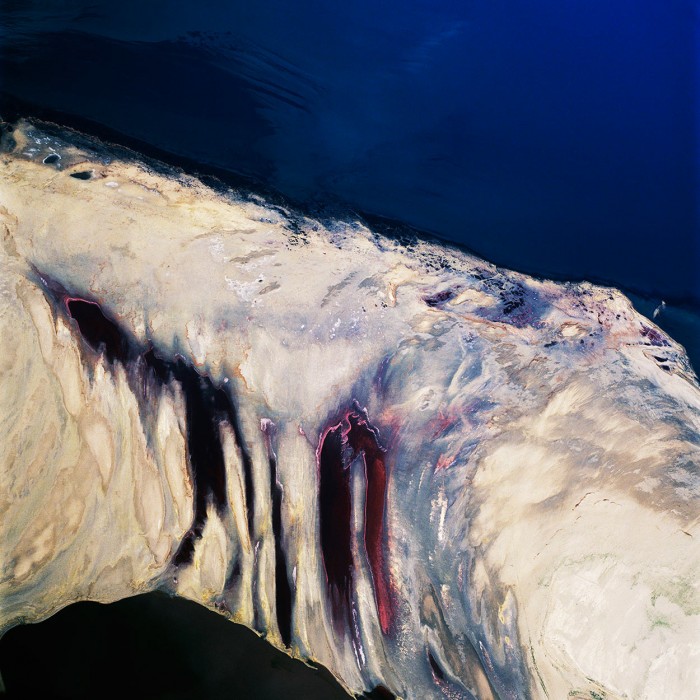 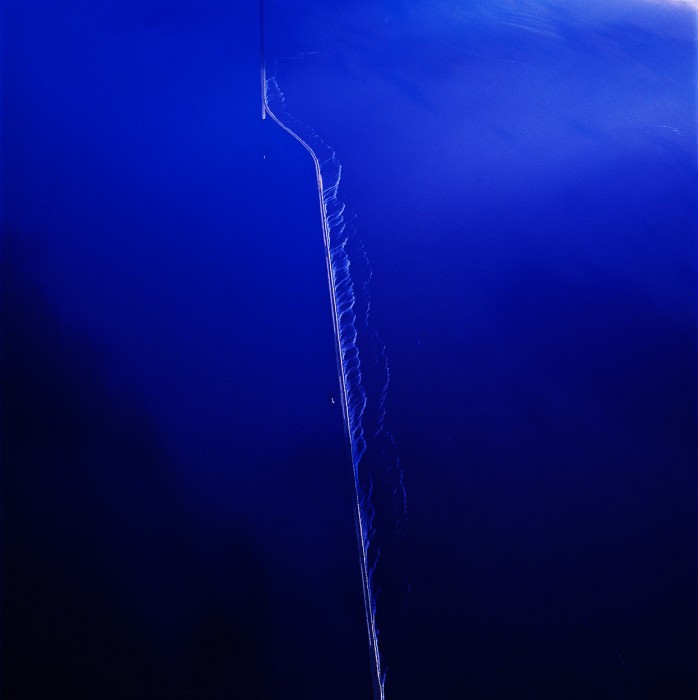 Inspired by Robert Smithson’s writings on the Great Salt Lake, Maisel embarked upon an aerial survey of this surreal, apocalyptic, and strangely beautiful region.Terminal Mirage examines the periphery of Utah’s Great Salt Lake, including zones of mineral evaporation ponds and macabre industrial pollution covering some 40,000 acres along the shores of the lake. At the Tooele Army Weapons Depot, 900 munitions storage igloos sprawl across the valley floor. With each layer of human intervention, the landscape becomes more complex. Previous scars are covered over, and cycles of negation and erasure expand into a grid system overlaid on the barren lake. From the air, a new map emerges.

These depictions of damaged wastelands, where human efforts have eradicated the natural order, are both spectacular and horrifying. Although the photographs evidence the devastation of these sites, they also transcribe interior, psychic landscapes that are profoundly disturbing- for, as otherworldly as the images may seem, they depict shattered realities of our own making. As the artist Robert Smithson stated, “The sense of the earth as a map undergoing disruption leads the artist to the realization that nothing is certain or formal.”

When the Whole is Indecipherable, essay by Anne Wilkes Tucker