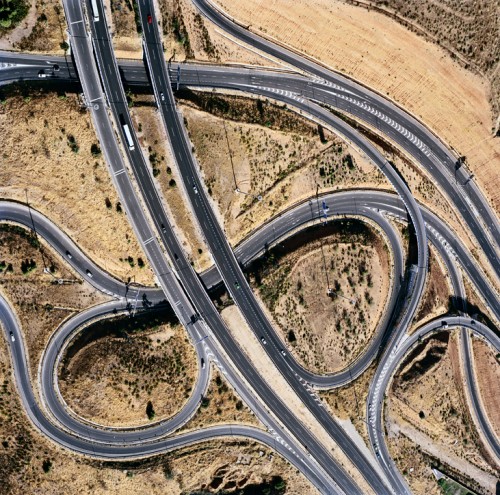 At the end of 2013, photographer David Maisel was commissioned to photograph the city of Toledo, Spain, as part of a group exhibition called ToledoContemporánea, timed for a wider celebration of the 400th birthday of the painter El Greco.

Maisel’s photos offered a kind of aerial portraiture of the city, including its labyrinthine knots of rooftops. But the core of the project consists of disorientingly off-kilter, almost axonometric shots of the city’s historic architecture.