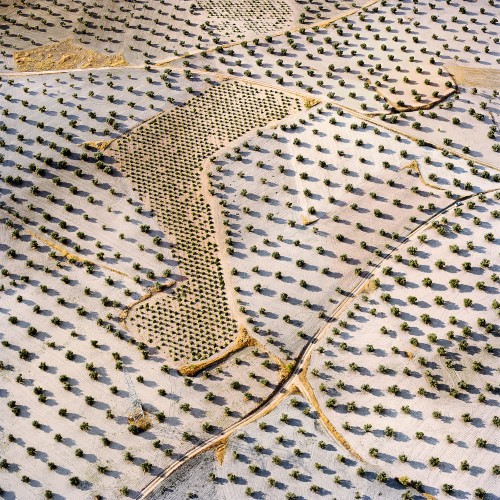 “David Maisel’s aerial photographs of Toledo, Spain, and the surrounding La Mancha region, some of which will be on view at Haines Gallery, in San Francisco, through March 12th, can make Earth’s surface look more alien than terrestrial. Parts of the area that Maisel focussed on are underlain by light-colored alkaline rocks, which formed through the evaporation of an ancient body of water. The silvery soil of plowed fields almost shimmers, like a ghostly memory of that long-vanished sea.”